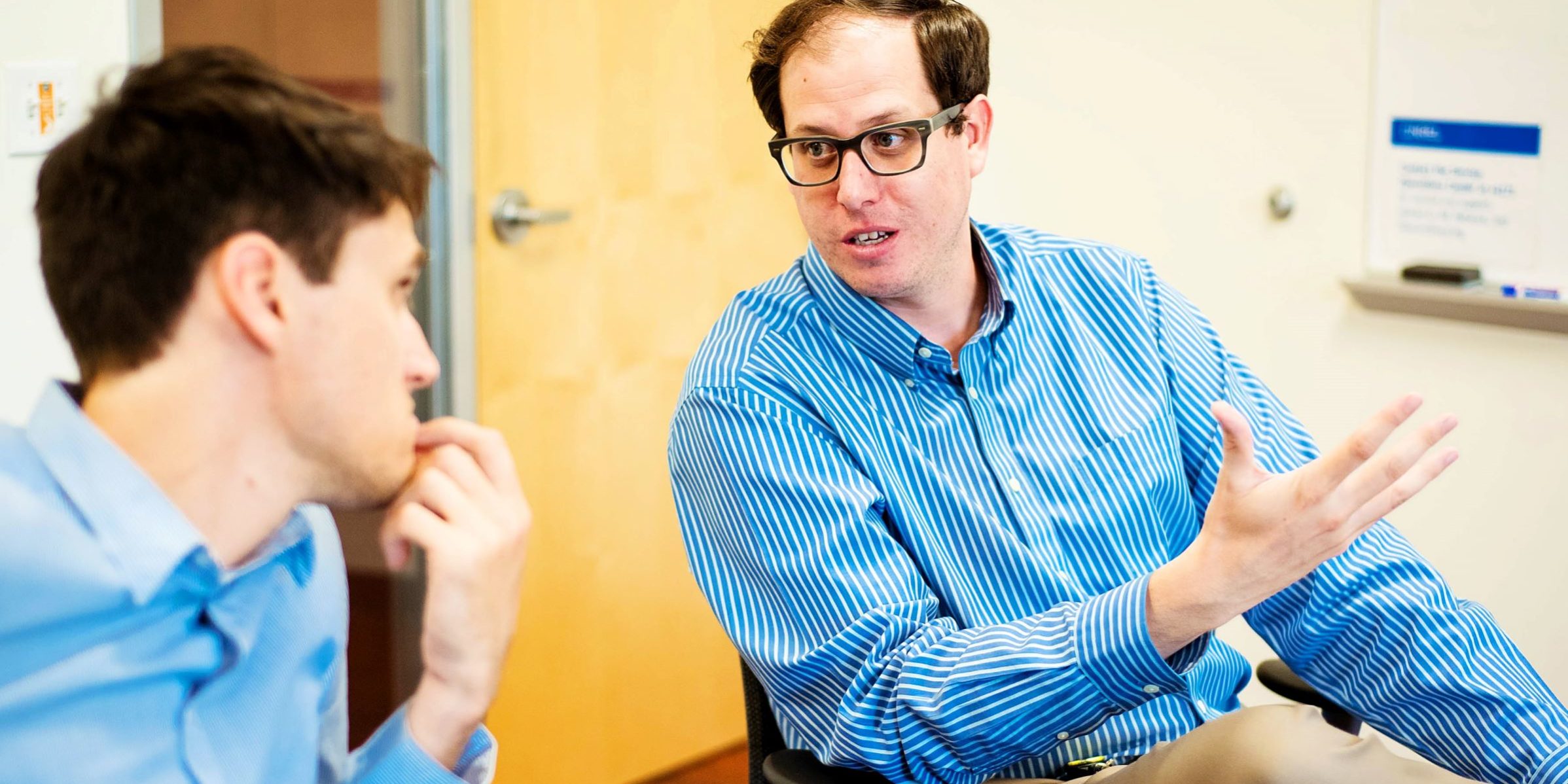 At NREL, most staff members are one-of-a-kind. That’s what you would expect in a national lab full of creative researchers.

But even among them, principal researcher Anthony Florita, Ph.D. stands out. In a group of almost all electrical engineers, he is the only one trained as an architectural engineer. Rather than top-down thinking about the grid, he has a unique bottom-up approach starting with understanding the actual power demands from buildings.

Florita is the principal investigator working with one of the GCxN “Grid of the Future” companies, Hygge Power, which is developing an in-home backup power system. Its products are small, beautifully designed energy storage devices that bridge the gap where the grid meets the home. In a way, Florita is the perfect person to bridge that gap.

“The grid exists in order to support human life and make a home comfortable: running your heating, air conditioning, etc.,” said Florita. “It’s not simply wires running into a building. I like to think I have more of a holistic look at what the smart grid should do.”

In the GCxN project for Hygge, NREL researchers will be testing out the second prototype of their storage system. (The first benefited from a partnership with Duke Energy.)

The GCxN program will run 18 months and consists of three stages. The first stage will be to test the physical power electronics internals at the high level of precision available with the equipment of NREL’s facilities.

The second stage will consist of computer modeling and simulation to see how and where the Hygge products could fit into the grid. The idea is to see what efficiencies could be achieved for utilities by widespread adoption of the Hygge product. If the math is right, utilities could support consumer purchase of the Hygge storage system which goes to market at the end of 2020.

The third stage is to bring “lessons learned” from stages one and two, and produce the final prototype NREL will analyze.

For Florita, NREL seems like an ideal interface for new energy-storage startups. The lab helps make the connections between the grid level and the emerging frontier of the smart home.

“In the smart home, eventually it will be common for houses to have hundreds of things talking to each other,” says Florita. “So there has to be something coordinating that at a higher level. That’s what we are studying here, and Hygge is engineering, manufacturing, and scaling.”

Where the Internet Meets the Grid

Florita’s educational background also includes a double major in mathematics and a master’s in mechanical engineering. Because of this unusual combination of expertise, Florita is a generalist who works on a diverse portfolio of projects.

In addition to GCxN, Florita is working on eight other projects at NREL, on topics ranging from tiny sensors to the national cable network. “But that’s probably my fault because I am interested in so many things,” Florita jokes.

One is a project aiming to solve one of the main problems in the grid: knowing where an outage has occurred. Currently, there is very little information on where and when an outage has happened on the power grid. Utilities don’t know the outage’s extent because they don’t know what happens after the electrons travel from the transmission tower to the home.

The idea behind this project: using data from the nationwide cable network to more accurately pinpoint the extent and timing of a power outage. Florita is working with the DOE Office of Cybersecurity and CableLabs (the cable industry’s R&D nonprofit) to combine these two networks for high-speed resilience monitoring.

“Ninety-five percent of the cable network traces the electrical grid,” says Florita. “And it’s wired to the vast majority of households in the United States.”